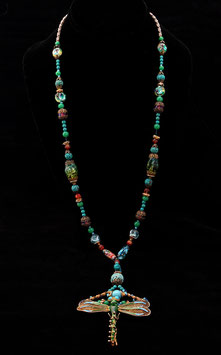 This one-of-a-kind, custom, hand-made Dragonfly Necklace by jewelry designer Katherine Manzini will have your admirers buzzing!  Artfully arranged antique glass and turquoise beads set off a beautiful brass and enamel dragonfly pendant with an articulated body and a wingspan just over 2" wide. The necklace is approximately 26" long and will hang just below the bust. Contact us by email for exact measurements or other questions! 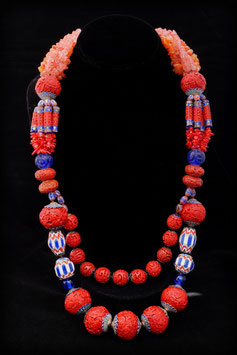 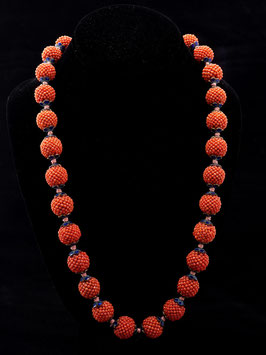 Rare and in fantastic condition.  A perfect piece for any serious collector of Qing Dynasty coral. 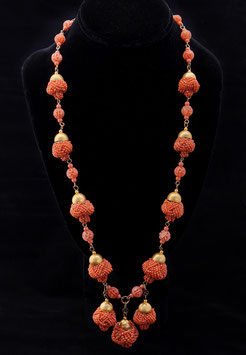 These Maoding Manchu hat ranking finials were worn on the hat at all times and transferable from hat to hat and used to identify persons of authority or high rank.  These finial designations for civil and military positions or ranks were not used post-1908. The finial color designated the position. This natural (genuine) coral piece designated a position of Rank 2. This level would have designated Chancellors of the Imperial Household, Ministers of Imperial Household, Superintendent of Finance, Provincial or Assistant Governors as well as a Major General in the military. These are constructed of hundreds of small coral beads woven to form the knot shape. 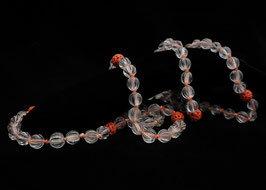 Very rare and in perfect condition.  A suitable piece for any serious collector of Qing Dynasty coral jewelry. 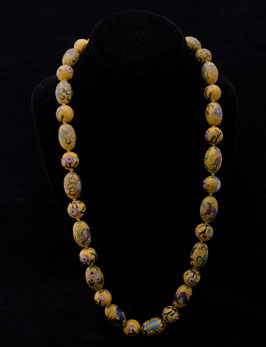 Exceptional and in great condition.  A must-have piece for Cloisonné collectors!